Edmicro is one of the leading ed-tech platforms in Vietnam. Our vision is to build a smart self-learning ecosystem for the Vietnamese students, which will allow them to learn, practice and master the subjects being taught in their classrooms.

Edmicro Education Co., Ltd is pleased to announce that the module for automatically extracting questions...

As the number of online courses and degree programs greatly expanded during the past decade, so did the number of exams administered online. Tens of thousands of online exams now are taken each month by students enrolled in online courses — 30,000 exams a month at Western Governors University alone — as well as by a growing number of learners in face-to-face classes.

At the same time, the number of for-profit online exam proctoring services has ballooned as colleges and universities seek effective, cost-efficient ways of catching cheaters. Inside Digital Learning found at least 15 online proctoring companies, more than twice the number that were around just five years ago, industry officials say. Some institutions also have their own online exam proctoring teams to supplement the services they purchase.

The products offered by for-profit proctoring services are sophisticated and wide ranging, and their costs have dropped amid increased competition and technology enhancements. Some believe that exams proctored using artificial intelligence and biometric authentication with iris scans are not too far off.

Still, a number of faculty members and administrators continue to voice concerns — some about the services’ capabilities, some about students’ privacy and some about both. “I think that [online proctor services] do a better job than face-to-face proctoring,” said Kathy Austin, assistant vice president for Information Technology at Texas Tech University. But she added: “The respect for students’ rights and privacy outweighs any need to make sure all these technologies are deployed.”

Diane Horton, online proctor coordinator and online services manager for the University of North Carolina system, said proctoring services have enabled the UNC system to expand its online course offerings. “The mission of UNC schools is to make higher education available to more members our community,” Horton said, noting that the average age of UNC students is rising and that older learners typically need more flexibility in terms of class schedules and exam times. “For me, this is very exciting.”

UNC’s 17 campuses have 30,000 to 40,000 exams proctored online annually. Like many institutions, UNC still proctors some online course exams face to face on campus or at testing centers.

There are a couple of reasons why the number of for-profit online proctoring exam services have greatly increased in recent years. Adel Lelo, senior manager of assessment solutions at Western Governors University, said colleges and universities are much more aware of the services, and in general, are more accepting that the companies can provide reliable, secure results.

“It’s a proven concept, and more institutions are jumping on board,” Lelo said. “There are more of [the services], which is a good thing.”

WGU, which was established 20 years ago to deliver online-only competency-based programs, has 30,000 exams proctored online each month, which Lelo said makes it the nation’s largest consumer of online proctored exams.

The Nuts and Bolts

There are several categories of proctor services, listed below from lowest to highest in price. Online exams are taken at a computer that has an internal or external camera.

Auto authentication. Before the exam starts, the student takes a photo of her ID and face, answers a few challenge questions and enters a biometric keystroke signature (typically the student’s first and last name).

Live authentication. After the student performs ID verifications, answers challenge questions and enters a keystroke signature, a live proctor does a facial comparison.

Automatic proctoring. After the student is authenticated, the test taker and her environment are monitored for sounds, motions and systemic changes.

Record-and-review proctoring. After completing authentication, the person is videotaped from the start to finish of the exam. A proctor later reviews the video.

Live proctoring. After completing authentication, the student and her surroundings are monitored by a live proctor, who can trouble shoot potential testing infractions as they occur.

For exams viewed by proctors, students typically have to schedule exam times hours or days in advance. For exams that don’t require a human, exams usually can be taken at any time. “Even at 3 a.m.,” Lelo said.

Online exam fees range from $7 to $15 for automated authenticated proctoring to $10 to $25 for an exam proctored in-real time by a person. Colleges and universities that have tens of thousands of exams proctored annually typically pay lower fees. (Officials at the institutions interviewed for this article would not reveal their actual costs.)

Institutions either charge students a fee for each online test they take, or they raise all online students’ technology or general fees to cover total online exam costs.

Proctoring services are testing mobile options, but mainly to authenticate the exam takers. “The [learning management systems] are not ready yet for taking tests on the phone,” said Michael London, president and CEO of Examity, an online proctoring service that has 175 college and university clients.

Mike Olsen, co-founder of Proctorio, said his company supports exam taking on tablets, but not phones because it is difficult to get a clear view of the test taker. Proctorio has about 400 higher ed and K-12 clients.

Company officials and college administrators interviewed for this article said that online-proctored exams, especially those that are videotaped or monitored during the test, deter cheating because cheaters get caught. “Students know they are being monitored,” said Douglas Winneg, senior vice president of Software Secure/PSI, which works with 400 higher ed institutions worldwide. “Students who cheat on an online exam won’t cheat again.”

“Proctoring an exam online is easier than proctoring a paper-based face-to-face exam,” said Kevin Nathanson, UNC’s online proctor manager, adding that it’s harder to catch students cheating on face-to-face exams because there usually only is one instructor in a room with many test takers.

In addition to effectiveness, online exam proctoring offers convenience for students. For example, NOVA has campuses in the Washington, D.C., suburbs that are plagued by traffic. “Students are happy,” Lerner said. “The only thing needed is a good Internet connection.”

WGU contracts with 2,000 testing centers nationwide, but 90 percent of its 80,000 students take all tests online with a live proctor. “Our students are working professionals, so if the testing centers are only available 9 to 5 Monday through Friday, then that doesn’t help for them,” Lelo said.

WGU has spent years improving online exam monitoring. It provides each new student with an external webcam, which must be placed at a 45-degree angle to the person when he takes an exam. Lelo said the external web camera gives the proctor a much better view of the test taker’s head movements and the testing environment than an internal one does. (For more information about WGU’s efforts, click here.)

Proctors intervened in 3 to 5 percent of WGU online exams, but often that’s because a person, usually a child, entered the room, or the test taker leaned back in his chair, Lelo said.

Proctored exams online aren’t without issues. Texas Tech has been reviewing online proctoring services for about three years, and recently completed pilots with two firms. One thing the institution wasn’t expecting was negative reactions from some students.

“A lot of the comments we received were about being intrusive in their lives, that someone was watching them the whole time they were being proctored,” said Justin Louder, associate vice provost, Worldwide eLearning at Texas Tech, noting students often take exams in their dorm or bedrooms. “They thought it was big brother invading their computers.”

Some Texas Tech test takers were asked by live proctors to remove pictures from their surroundings and some minority students were told to shine more light on themselves.

“I don’t think the vendor intended to be discriminatory,” Texas Tech’s Austin said, declining to name the proctor service. Nevertheless, the university stopped the pilot with that firm.

Louder wondered how long the proctoring companies keep videos of students taking exams and where they are housed. “If they are in the cloud, who has access to those recordings?” said the UNC assistant professor of education.

Proctoring services say exam videos and other data are securely stored. Examity, for instance, stores videos in a certified data center server, and then archives them after a defined period of time in line with Family Educational Rights and Privacy Act​ (FERPA) guidelines and industry best practices, London said.

Software Secure/PSI’s Winneg said the storage period is determined by each institution. Video and audio recordings, as well as encrypted images of IDs, are stored in the Amazon S3 servers, and metadata about exams is separated and stored in a secure hosting facility, he added.

Mollie McGill, director of programs and membership for WICHE Cooperative for Educational Technologies (WCET), said some proctoring companies tell institutions that accreditors require proctoring services for online exams, which is not true. And McGill, along with faculty and administrators interviewed, said there are no standards for online test proctoring — and that institutions need to develop them.

There are other issues as well. “I had students who had difficulties installing the software,” said Oskar Harmon, associate professor of economics at the University of Connecticut who has been teaching online courses since 2004. “I also had a student who was doing an exam at a public library and his connection was dropped.”

Finally, some academics are critical of administering any exams online. Jill Leafstedt, executive director for teaching and learning innovations at California State University, Channel Islands, said many online exams only show that the test takers could memorize facts.

“Our exams require thought and application of knowledge,” said Leafstedt, who also is the university’s senior academic technology officer. “We want to know that they learned, not what they can regurgitate.”

CSU Channel Islands has 6,000 full-time students. Five to 7 percent of the university’s courses are offered online, but all exams are proctored face to face, Leafstedt said.

Going forward, company and colleges officials interviewed by Inside Digital Learning said the number of exams proctored online will continue to swell because of the steady growth in online courses and learners. “Adults are becoming the new normal student and need the ability to balance school and work,” London said.

In the near term, competition and new technologies will continue to force exam prices down. But over time, big proctoring companies will acquire smaller firms or will go out of business. “The winners will be the ones that provide the most services,” Winneg said. “It’s all about personal touch and faculty freedom.”

Jarrod Moran, founder of ProctorU, which has about 850 higher ed clients, said the industry still is young and “has a long way to go. We always have to have technologies that are better than the older technologies.”

Still, the need for face-to-face exams will never go away because learners need choices and because some subjects don’t lend themselves to online tests. For example, Lerner said NOVA conducts in-person exams for Arabic language classes and some math courses.

“There is no such thing as a perfect testing method, including at testing locations,” Lelo said. “All we can do is to make it more difficult to cheat, while making testing as accessible as possible.” 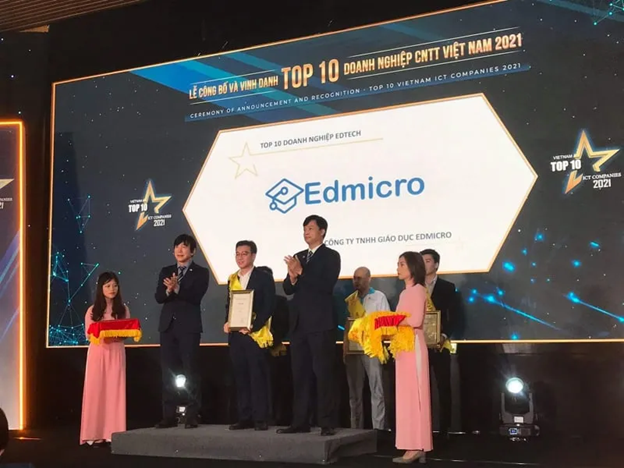